First volume dedicated to the Alegrías that is made in two volumes (7 and 8). Explanations at normal speed and slow speed.

Óscar Herrero, after performing the concert piece called “Miragua” accompanied by percussion, explains in detail the different elements which comprise the Alegría in the key of E:
Closure
Strummed measures
The melodies on 7-8-9
Falsetas
Finishing off and ‘llamada’

Each one of these elements is studied separately, slowly, and at a normal speed.
The contents are generous, since the given exercises are aimed at every level of guitarist, from a minimum technique to advanced.

Standard notation and tablature
“Flamenco Guitar Step by Step” For the first time ever, a video has been produced entirely about flamenco, from the heart of Spain. A video that explains every single guitar technique for people who already have some basic knowledge and wish to take up Flamenco. ”
Every technique is explained at normal speed and step by step. Practices with special exercises and concert themesAvailable in four languages: Spanish, English, French, and Japanese.
It includes  standard notation and tablature

OTHER SALES FORMATS AT 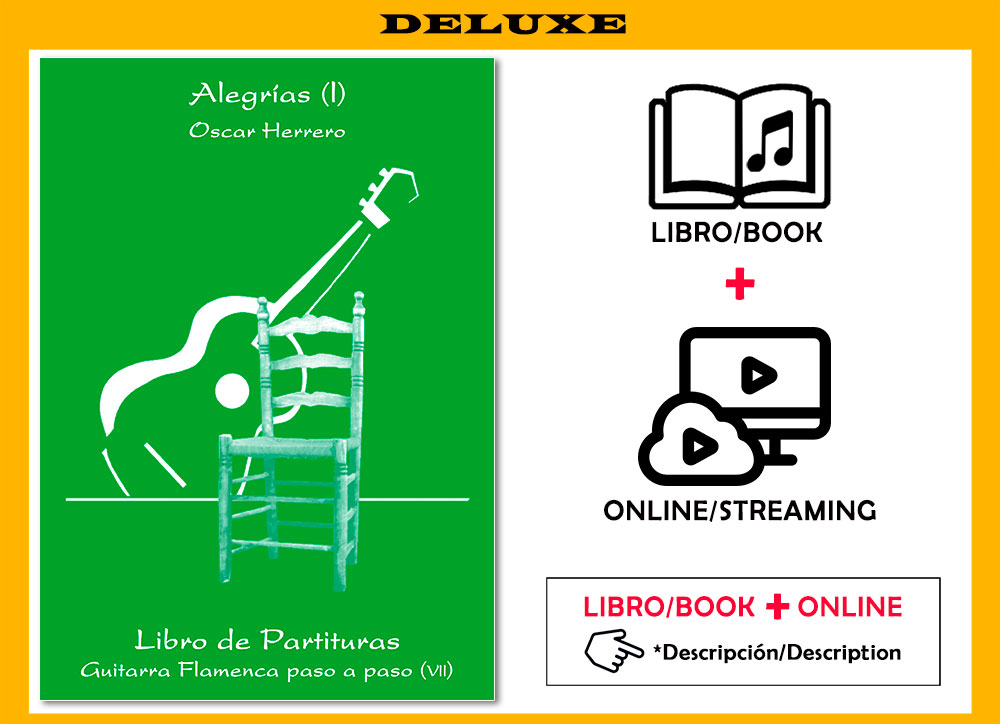 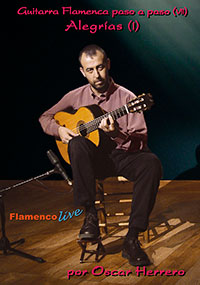 There are no reviews yet.

We use cookies on our website to give you the most relevant experience by remembering your preferences and repeat visits. By clicking “Accept”, you consent to the use of ALL the cookies.Leer más/ Read More
Ajuste de Cookies / Cookie settingsAceptar / Accept
Consentimiento

This website uses cookies to improve your experience while you navigate through the website. Out of these, the cookies that are categorized as necessary are stored on your browser as they are essential for the working of basic functionalities of the website. We also use third-party cookies that help us analyze and understand how you use this website. These cookies will be stored in your browser only with your consent. You also have the option to opt-out of these cookies. But opting out of some of these cookies may affect your browsing experience.